6e sticking together: This is a great snapshot of our class where we stick together. You can see one half of the class leaning back and the other half leaning forward. It shows that we trust each other.

Our class trip started on Monday 22nd October next to the school at 8.30 in the morning. We were all very excited. We drove by bus to Castle Rieneck. The first thing was to unpack our suitcases. I had a room with seven girls. The name of the room was “Wien”. In the afternoon we had a castle rally. It was very funny. In the evening we had a guided tower tour. It was very dark and interesting. The second day of our class trip was Alicia´s birthday. In the morning the boys came in our room and sang Alicia a birthday song. She was very happy about it. After the breakfast we went to the low ropes course. We learned a lot of things about team work. We did a good job, but the funniest event on this day was the night walk. On Wednesday we built a raft. In two groups we built two rafts. Both rafts swam on the lake. It was very funny. After that we had a disco in the castle. All kids danced. We drank cocktails, although it was a long day. It was the best day of this class trip. The penultimate day we built a catapult. Building a catapult was good but to build a raft was better. Friday was the last day. After breakfast we drove back to school.

We had lots of fun and a great time. Thanks to Mrs. Lintz and Mr. Pfaff for the best class trip.

Pic 1: In the foreground, you can see Emre and Colin in action. In the background you can see other kids who are slacklining and helping each other. Behind the tree you can see Mrs Lintz.
Pic 2: Let’s go! The catapults are finished! In the photo you can see the result of three hours of hard work: Everyone around the catapult is watching intently. Hanna and Merisa are firing the catapult.
Pic 3: The two da Vincis are drawing a flag for their raft.

The first day of our class trip was on Monday the 22nd of October. I woke up, ate something for breakfast and at 7:30 a.m. we drove to Gymnasium Nord. We met at 8:00 a.m. and at 8:30 a.m. we got on the Lossa bus. During our bus ride we were reading books or newspapers. We also talked a lot and we were playing a game called „Bop It!“. That was a lot of fun. We didn’t listen to music but that wasn’t bad. The whole trip was good and not boring. The Lossa bus wasn’t too hot and not too cold. It was nice. The ride took about two hours and 30 minutes. We arrived at 11 a.m. The castle and all the other buildings were very nice. I took some pictures. We had lunch at half past twelve in the morning. We ate spaghetti. It was very delicious. Later we could go to our rooms. My room was called „Wien“, the capital of Austria. I slept there with my classmates Hanna, Alicia, Julia, Sarah, Celina, Vanessa and Lina. We had the biggest room of our class and because of that all classmates visited us in their free time. Sometimes it was bad and sometimes it was very funny. Some classmates weren’t able to put sheets on their beds and so we helped each other. A few minutes later we had a castle rallye. We had to split up in groups and the task was to find things on pictures that our teachers gave us. Near the photos there were words and we had to find them. My group came in second place. After the rallye we had free time till 6 p.m. because at 6 p.m. we had dinner. After dinner we went to a special tower. There is a legend of Kunigunde. The legend says that she stole red things because her hair was red but nothing was stolen from us. A quarter of our class were afraid and had to go outside. I think that was interesting.

On the 23rd of October it was Alicia’s birthday. Our activities for this day were orienteering with a compass to find places on a map. The low rope course was not as difficult as „Ninja Warrior Germany“. It was very funny. After dinner we went on a nightwalk. We weren’t allowed to turn on lights because otherwise we had to separate garbage and I think that wasn’t fun. The low rope course was the best for me because our class is very sporty and we finished that very fast. The nightwalk was also very nice because it was dark and our eyes had to get used to the darkness. Orienteering was interesting but not like the other activities.

The 24th of October was my favourite day because on this day we did the coolest things. We finished orienteering because we finished only half of it on Tuesday. When we were finished we went to a park and built rafts. This was a lot of fun. The class was also again split up in two groups and each group had to build a raft. The best won. The boys had to pump up the tires and the girls had to do knots. Sometimes it started to rain and it was a bit more difficult but it was funny. Some kids got a little bit wet. The knots were very important because if they hadn’t been fixed we would have sunk and our clothes would have got soaked. As there were only ten minutes left we got a bit stressed. We tried to do everything tight and fast because we didn’t want to get wet. After the last ten minutes had expired we had to do a quality check of our raft. Both rafts didn’t go down and we were very happy. Julia laughed the whole trip. That was so funny. Some Kids were wet and they didn’t have so much fun like we had. The raft building and the trip were very nice. As we arrived at the youth hostel we went for lunch and we had free time till 6 p.m.. At 6 p.m. we had dinner again and after that we went to our disco. That was the best of all things we did. The music was perfect, the cocktails were delicious and the DJs did a great job. After the disco it was 10 p.m. and we could sleep very well.

On the 25th of October we built a catapult out of wood. First it wasn’t fun for me because our group did a few things wrong. But we fixed it and we continued. Our whole group was good so it wasn’t boring. On this day I felt that our class community became better. When we came back to the youth hostel we had free time to pack our bags. On this day we could relax a bit.

On the 26th of October we went back home. We sat in the Lossa bus and did the same things like on our journey there but this time we listened to music. The trip back to our homes took only two hours, so 30 minutes less. At 11:45 a.m. my dad and my brother picked me up. 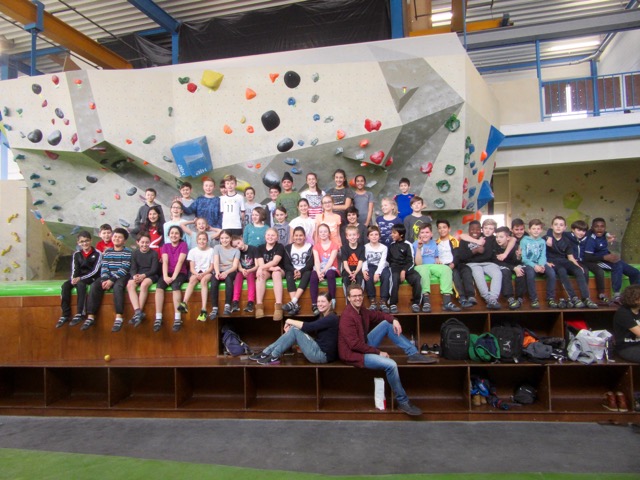 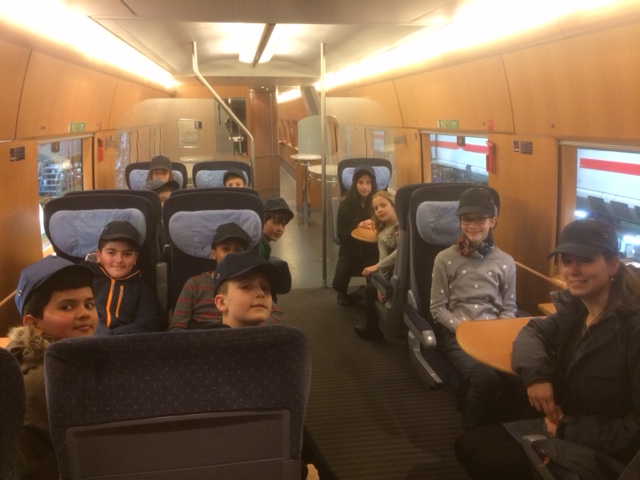