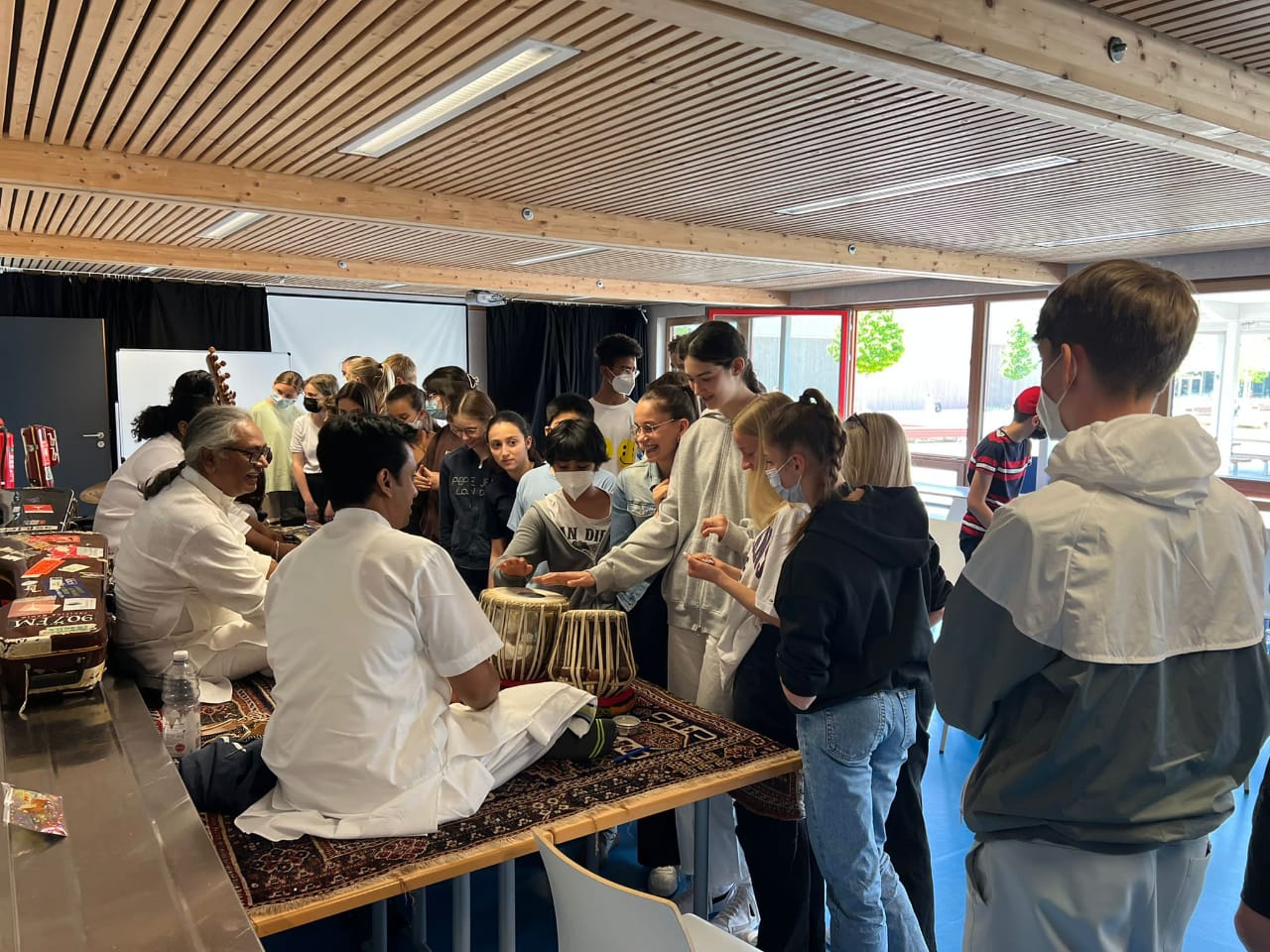 Student feedback on the visit by the Maharaj Trio (7e)

„What I liked about the concert was that all of the members of the trio, who were 4 that day, were very nice and open. They spoke so much about their music and how you choose the instrument you want to play. I found it great how they played their instruments and that there was a person who sometimes translated the things they said into German. I would recommend to go to one of their concerts or to do a workshop like this one if you have the chance to do it. It’s impressive how one of them treats his fingernails so he can play the Indian guitar, how they can play their instruments and how they have learned their songs by heart.“ (Elly)

„I loved to see the meeting because the music was really nice and I liked that we could do something as well. And that the 4 told so much about themselves. It was really fascinating to see how they make these sounds. And I really liked that they let us touch their instruments because for most musicians their instruments are super important. I really, really liked this event.“ (Sofia)

„[…] The thing I enjoyed the most was the drum-talk, when I had to repeat what the drum had said. That was fun!“ (Leonidas)

„[…] What I really liked was that when one of them started to play something, the others first think of  the melody and then they play too.“ It was so wonderful. I also liked that we could clap to their music in a special rythm.  […] They love to play music.“ (Emily)

„The 4 musicians were really awesome! They brought their culture and music to us, which I really enjoyed. What I really liked was their answer to my question: „What would you do if music didn’t exist?„ They told us that we couldn‘t really exist without music. Music is like the light of life and we can’t live without it, they said. It was a really awesome show and I am really thankful to have heard their music.“  (Rania)

„[…] I found interesting that one of them gave his first concert when he was only five years old. The best was the man who played the drum, because he could play many sounds from nature.“ (Luise)

„What I really liked was that they could improvise really well. The best about them is that they are all so nice. 😊 What I didn’t like, however, was that we had to stand. It was really uncomfortable.“ (Mr X.)

„[…] Two of the three instruments I had never seen before. And the songs were really good, too. The chorus of the first song is still in my head. I recommend all people to listen to their music at least once.“ (Maya)

„[…] My favourite instrument is the tablar bacause one needs very fast fingers and it makes very good sounds. One of the band members has long fingernails, because when you have short fingernails you can’t make good sounds with the sidar. […]“

„[…] I found most interesting that they started to play at the age of 2. Also interesting was that the first thing they hear in their family is music.“ (Helena)

„I think the workshop was one of my best workshops. I really liked this kind of music, bacause I’ve never heard it before and it was very fascinating. What I also liked was how they answered the questions very well. I recommend to everyone to listen to them, because they can make a song instantly and they learn them by heart and memorize all the songs they play.“ (Nouh) 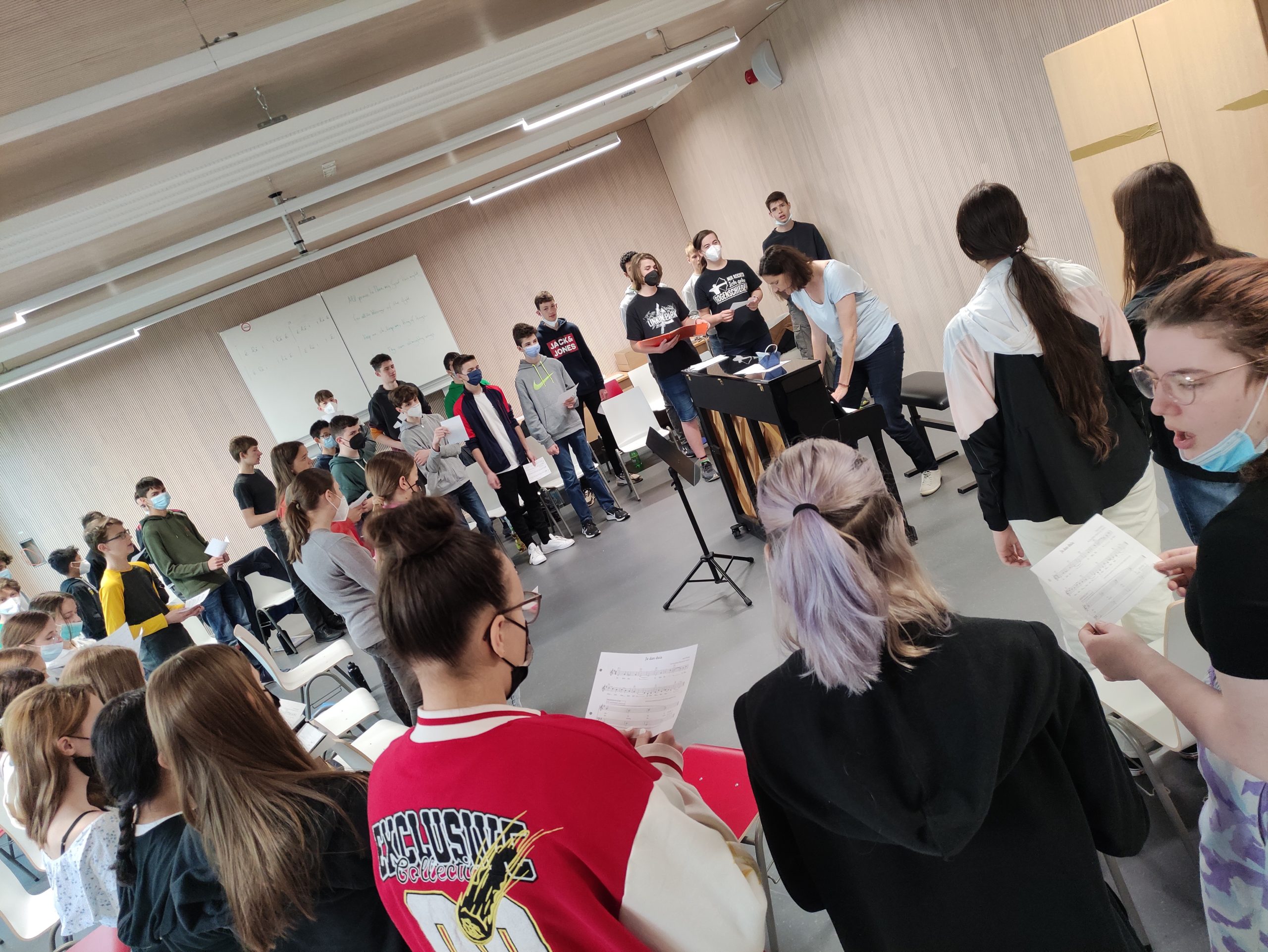 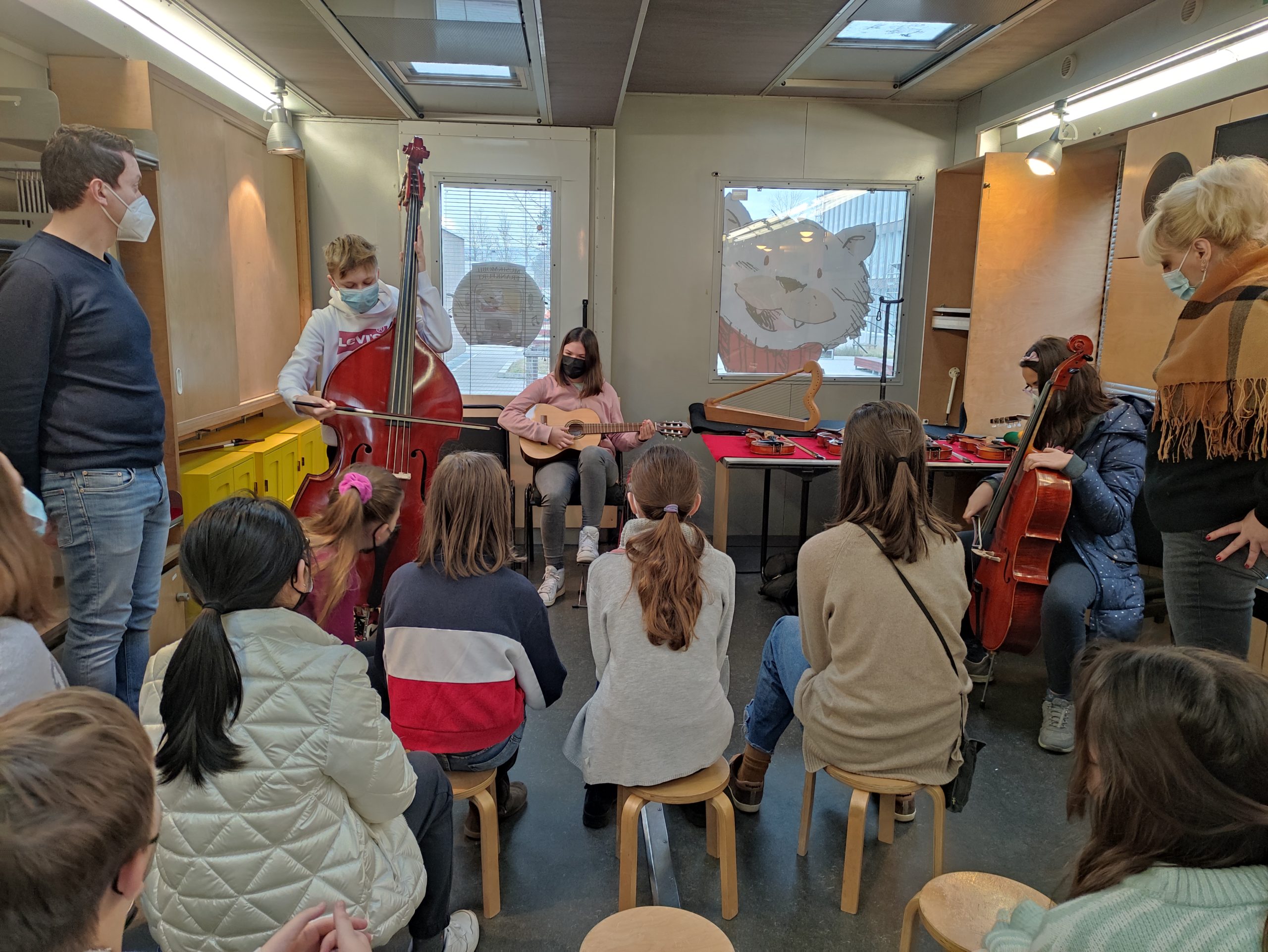